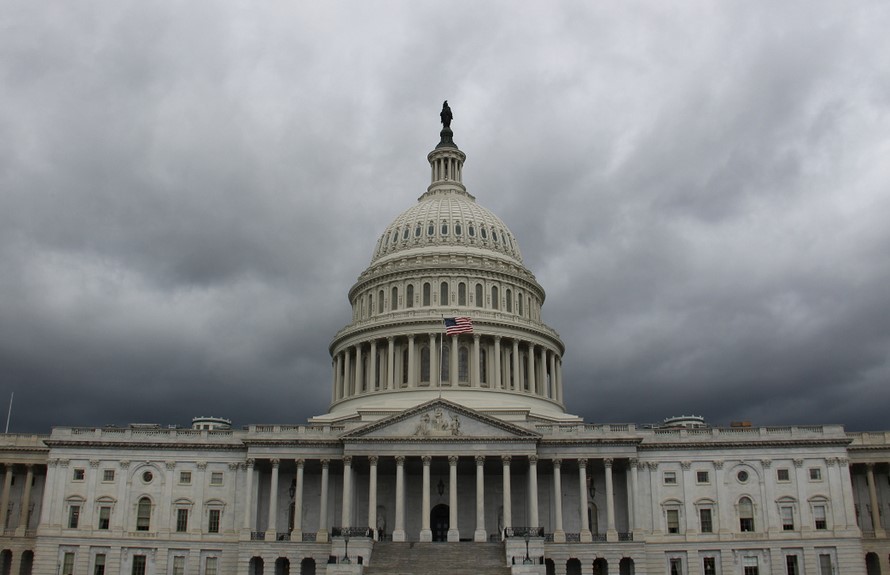 Ending the state of emergency

As reported earlier this week, on Tuesday, Feb. 26, the House of Representatives voted 245 to 182 to terminate Trump’s state of emergency on the southern border. The legislation is now in the Senate.

In a startling break with his Republican colleagues and the president, Rep. Francis Rooney (R-19-Fla.) for the first time in this session, voted with the Democratic majority and against the president’s wishes.

He joined 12 other Republicans in rejecting the state of emergency declaration, made on Feb. 15. Prior to that vote, Rooney had voted 100 percent with the president’s agenda in the 116th Congress.

Rooney voted against both measures, which nonetheless passed the chamber with votes of 240 to 190 and 228 to 198 respectively.

In past appearances, Rooney has staunchly maintained that gun restrictions were unconstitutional, although in a May 30, 2018 appearance at The Alamo gun range and store in Naples, he said that while he could go so far as to support a limit on the size of gun magazines, “I just think we have to think real careful it doesn‘t become a slippery slope.  You know, maybe you say if you use a magazine over a certain size you got to do it at a place like The Alamo or some kind of secure environment,” he said at the time.

However, he added, “…the thing that scares me is that a weapons ban, the last weapons ban, empowered the anti-Second Amendment people so much that they are using it against us now.”

In voting against HR 8 Rooney stated: “While we must continue to take action to end gun violence, what we do must actually be effective. Last year, Congress passed and President Trump signed into law, the Fix NICS Act, which penalizes federal and state authorities that fail to report relevant information to the National Instant Criminal Background Check System (NICS).”

In voting against HR 1112, Rooney argued that it did not address issues raised by the Federal Bureau of Investigation regarding gun safety.

In Congress, Sen. Ted Cruz (R-Texas) in the Senate and Rep. Bradley Byrne (R-1-Ala.) in the House introduced Education Freedom Scholarships and Opportunity Act (not yet numbered at the time of this writing) to promote the program. Rooney signed on as a co-sponsor.

According to the Department of Education statement accompanying its unveiling, the “EFS will be funded through taxpayers’ voluntary contributions to state‐identified Scholarship Granting Organizations (SGOs). Those taxpayers will then receive a non‐refundable, dollar‐for‐dollar federal tax credit. EFS will not create a new federal education program but instead will allow states to decide whether to participate and how to select eligible students, education providers, and allowable education expenses.”

DeVos hastened to assure the public that the program would not hurt public education. “The policy would not rely on any funds currently allocated to public education, nor would it create a new federal education program. Participation would be voluntary for students, schools, and states,” she announced in a statement.

Despite these assurances, Democrats were quick to blast the proposal as another Trump administration effort to undermine public education.

“House Democrats will not waste time on proposals that undermine public education. We’re focused on reversing our chronic underfunding of public schools so that all students – regardless of their background – can learn in schools that are healthy, safe, and provide a quality education,” stated Rep. Bobby Scott (D-3-Va.), chair of the House Education and Labor Committee.

Surprisingly, criticism also came from conservative institutions like The Heritage Foundation. Lindsey Burke, director of the Foundation’s Center for Education Policy, and Adam Michel, a senior policy analyst in the Grover M. Hermann Center for the Federal Budget, warned that the proposal could reverse the nation’s school choice gains and recent tax policy reforms.

“It’s wonderful that the Administration wants to advance school choice but a nationwide federal tax-credit scholarship program is the wrong way to do it,” they wrote in a Heritage Foundation statement. “This could open the door for further education regulations down the road that neutralize the advantages of private education as well as impede future tax reform efforts.”

Rooney, whose education was entirely private, parochial and religious, has long been critical of public education for “driving an agenda of secularism, materialism and willingness to sacrifice principles for material possessions,” as he put it in his Alamo appearance.

The initiative and its accompanying legislation chiefly benefits wealthy donors who can afford to make large financial contributions to private schools, providing them with another tax break. The scholarships benefit private and for-profit schools that chiefly cater to wealthy children.

(It is worth noting the warning made in the book Unhinged: An Insider’s Account of the Trump White House by Omarosa Manigault Newman, who served in the early Trump administration as liaison to the African-American community, about Betsy DeVos: “Her plan, in a nutshell, is to replace public education with for-profit schools”—all of them, the entire system, not just a few. “In each cabinet meeting, I was seated in the row near her. I can tell you, after a year of sitting in those meetings and observing her, that she’s woefully inadequate and not equipped for her job. She is just as horrible as you suspect she is. … She does not care about your children. Be afraid. Be very, very afraid.”)

In the Senate, Andrew Wheeler, a former coal industry lobbyist, was confirmed as administrator of the Environmental Protection Agency.

The vote on Thursday, Feb. 28, was 52 to 47 with both of Florida’s Republican senators, Marco Rubio and Rick Scott, voting in favor of Wheeler’s confirmation. 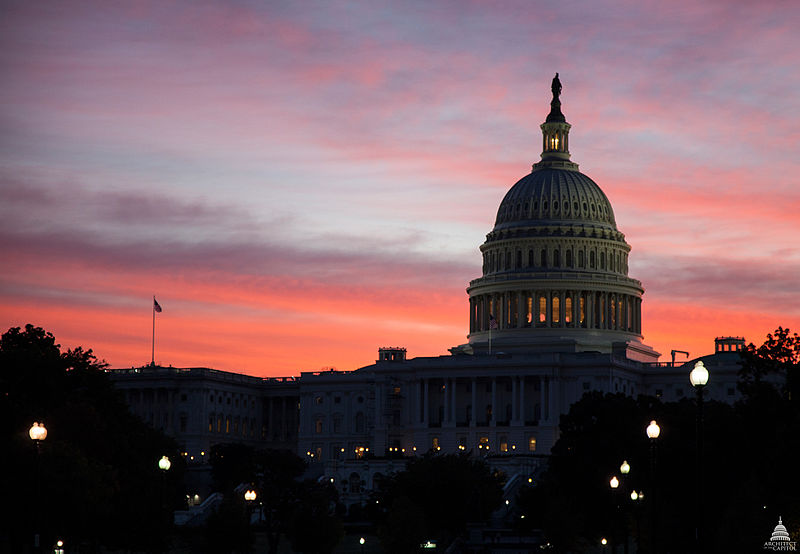 Updated 11:40 am with Rooney statement and link to bill

Last night, Feb. 26, The US House of Representatives voted 245 to 182 to terminate President Donald Trump’s state of emergency on the southern border.

In a startling break with his Republican colleagues and the president, Rep. Francis Rooney (R-19-Fla.) voted with the Democratic majority to pass the bill. Until now Rooney has voted 100 percent with the president’s agenda in the 116th Congress. He joined 12 other Republicans in rejecting the state of emergency declaration, made on Feb. 15.

In a statement, Rooney declared: “I voted for the resolution because I believe in the rule of law and strict adherence to our Constitution. We are, as John Adams said, ‘A nation of laws, not men.’ The ends cannot justify the means; that is exactly what the socialists want.

“We need to secure our border and control who enters the United States but this emergency declaration is not the answer – fixing our broken immigration system is: adopting skill-based immigration, not family-based; policing visa overstays; ending the diversity lottery; making E-verify required of all employers; and stopping asylum abuse by requiring that asylum claims can only be made at a legal point of entry to the United States.”

Should the bill be passed in the Senate, President Trump is widely expected to veto it.

In addition to Democratic arguments that there was no national emergency at the border, that the declaration was an unconstitutional end-run to get money Congress had not appropriated and that success on this issue would lead Trump to declare further emergencies every time he wanted something, conservatives were also critical of the declaration. For example, the conservative, Koch-brothers funded Cato Institute, an ideological think tank, also argued against it in an essay, “There Is No National Emergency on the Border, Mr. President.”

Ironically, the vote against the declaration of emergency came on the eve of the 86th anniversary of the Reichstag fire in Germany. On Feb. 27, 1933 a fire broke out in the Reichstag building housing Germany’s parliament. A Dutch communist was held responsible and Adolph Hitler and the Nazi party used the incident to declare an emergency in Germany and pass laws that consolidated an unchecked Nazi dictatorship. 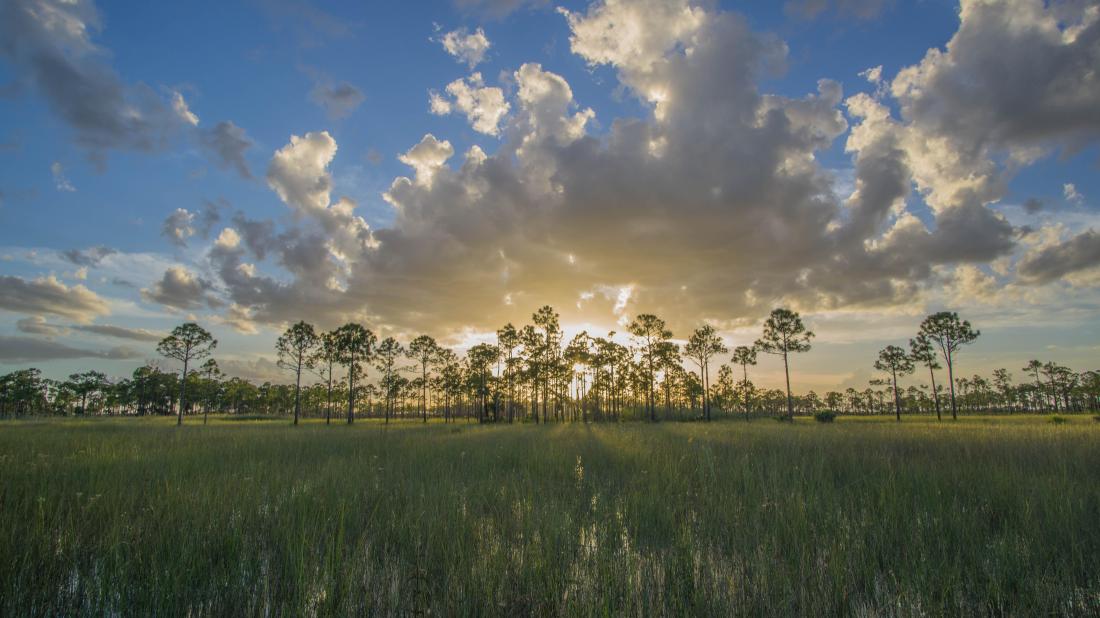 President Donald Trump’s declaration of a national emergency yesterday, enabling him to take funds from military construction projects, has set off a scramble to find out which ones will be affected—and Florida is no exception.

Across the country, officials are trying to determine the impact of the declaration in their home states and districts. Sen. Tim Kaine (D-Va.) sent a letter to Patrick Shanahan, the acting secretary of Defense, asking for a list of the projects shortly after Trump declared the emergency. Lawsuits are being launched challenging the legality of the move.

In Florida, military and federal construction is overseen by the US Army Corps of Engineers (USACE), whose state headquarters is in Jacksonville.

USACE has already invested $2.4 billion in Everglades restoration projects. Plans are underway to create reservoirs to prevent polluted water from Lake Okeechobee being released into the Caloosahatchee and St. Lucie rivers, a cause of last year’s blue-green algae blooms and a prime feeder of red tide in the Gulf of Mexico. In the federal fiscal year 2019 budget, $115 million was set aside for the Comprehensive Everglades Restoration Plan (CERP), part of $1.1 billion appropriated for CERP projects like the reservoirs and repairs to the Hoover Dike.

Some of that money is already committed. On Feb. 5, USACE awarded a $387 million contract to three contractors, the Bauer Foundation Corp. of Odessa, Fla., Bencor Global Inc. of Frisco, Texas, and Treviicos South, Inc. of Charlestown, Mass., for 28.6 miles of cutoff wall to prevent seepage from the dike.

According to a USACE statement in June, 2018, USACE was planning to spend $148 million in Florida and Puerto Rico on navigation, flood and coastal storm damage reduction and aquatic ecosystem restoration projects. Much of this consisted of harbor improvements in both Florida and Puerto Rico, including improvements to Sarasota’s Lido Key ($13,462,000), Miami Harbor ($1,897,000), Port Everglades ($771,000) and Tampa Harbor ($500,000).

In addition to these, an advanced munitions technology complex is being planned for Shalimar, Fla., in the USACE Mobile, Ala., district.

On Jan. 23, the 27 members of the Florida congressional delegation sent a letter to President Trump urging him to preserve Everglades and Florida funding.

The emergency declaration is being challenged in court and details of its scope and impact remain to be clarified.