Southwest Florida could feel a major impact if David Bernhardt, currently the number two official at the Department of the Interior, is confirmed as secretary, with the potential to roll back oil and gas regulations and restraints just when private landowners and the oil industry are mounting a new exploitation effort aimed at Florida.

Bernhardt was nominated to be secretary by President Donald Trump on Feb. 4.

The US Senate Energy and Natural Resources Committee is expected to hold hearings on Bernhardt’s nomination sometime soon. (As of this writing, a date had not been set. This report will be updated when it is announced.)

The 49-year-old Bernhardt is a former oil industry lobbyist whose policy positions were closely aligned with Ryan Zinke, his predecessor as secretary. In the past Bernhardt has lobbied on behalf of Delta Petroleum Corp., Noble Energy Inc. and California’s Westlands Water District, a government agency that has fought environmental regulation.

As Bernhardt put it in an interview earlier this year with E&E News, an energy and environmental publication, “I can’t think of an instance in the past year where I’ve done something where I would not be very confident that he and I were 100 percent on the same page on.”

During the government shutdown, Bernhardt was criticized for having unpaid Interior Department employees working on opening up US waters to oil and gas drilling and issuing permits for seismic drilling. Though initially deemed non-essential employees and therefore furloughed, the Bureau of Ocean Energy Management brought back at least 40 employees to work on offshore oil and gas projects.

Bernhardt has also been criticized for making the department less transparent and making information more difficult to access, avoiding the congressional confirmation process for key subordinates and limiting the scope or weakening laws like the National Environmental Policy Act and the Endangered Species Act.

In addition to his own inclinations, Bernhardt has cover from President Donald Trump himself, who, in his State of the Union speech, boasted of unleashing a revolution in oil and gas production and whose April 2017 executive order opening up federal lands to oil exploitation remains in force.

Even Rep. Francis Rooney (R-19-Fla.), a pro-Trump Republican, has complained that the Interior Department has a “drill-baby-drill” approach to offshore oil exploitation, threatening the beaches of Southwest Florida.

“The military is our ally on this [a permanent oil drilling moratorium in the eastern Gulf of Mexico],” Rooney told an audience at an invitation-only meeting at The Alamo gun range and store in Naples on May 30, 2018. “The Department of the Interior is not.  They want to ‘drill- baby-drill.’ They are Republicans, right?”

Bernhardt’s nomination on Feb. 4 unleashed a torrent of criticism and opposition. Rep. Tulsi Gabbard, (D-2-Hawaii), called Bernhardt “a walking conflict of interest” in one tweet and Sen. Mazie Hirono (D-Hawaii) called him “another scandal-plagued fox guarding the henhouse,” in another.

“Bernhardt might as well be an ideological clone of Ryan Zinke. The American public deserves a true steward who will protect our lands, our wildlife and our waters – not another industry shill who will continue to sell our precious natural resources to the highest bidders for exploitation,” stated Ana Unruh Cohen, managing director for government affairs for the Natural Resources Defense Council, an environmental activism group. Her sentiment was echoed by other environmental organizations.

The Naples-based Conservancy of Southwest Florida has not yet taken a position on Bernhardt’s nomination.

The Bernhardt nomination comes just as activity is mounting among private landowners and oil companies to exploit potential oil reserves beneath the Everglades.

On Tuesday, Feb. 5, the Florida First District Court of Appeal ruled that the Florida Department of Environmental Protection had to issue a permit for an exploratory oil well to Kanter Real Estate LLC, a company that owns about 20,000 acres in the Everglades near the city of Miramar.

The Burnett Oil Company is already exploring areas in the Big Cypress Preserve. Tocala LLC, based in Mississippi, has received a permit to detonate explosives in 6,000 holes in an area just north of Big Cypress. Trend Exploration, based in North Fort Myers, has applied for a permit to explore in Caracara Prairie Preserve in Collier County.

(For a fuller account of oil activities in the Everglades and the region, see David Fleshler’s Feb. 3 article, More oil drilling proposed for southern Florida in the South Florida Sun Sentinel.)

Analyis: The rush is on but not necessarily the boom

While the regulatory climate and the presidential mood are promoting oil exploitation in marginal oil producing regions like Southwest Florida, the real determinant will be oil prices. The higher the prices and the demand, the greater the likelihood that the risk and expense of Southwest Florida oil exploration and drilling will be worthwhile. 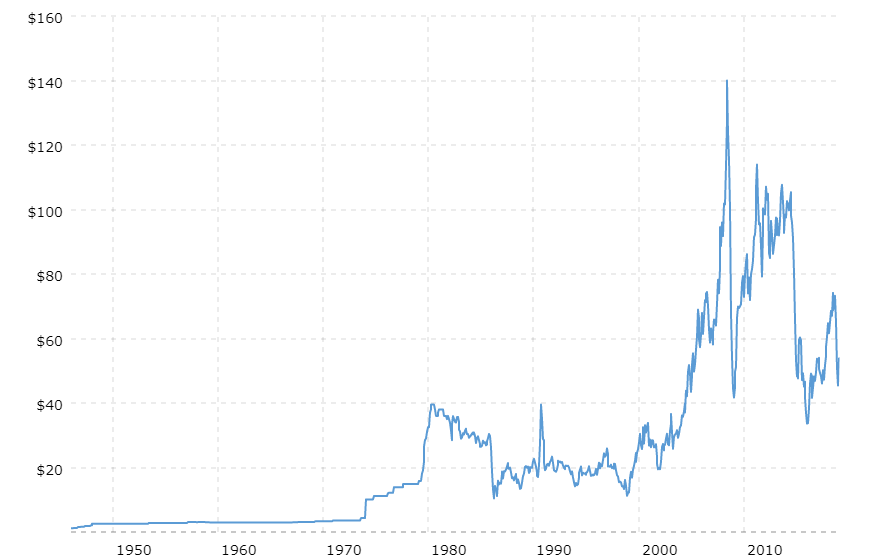 Crude oil prices over the past 70 years.   (Source: Macrotrends.net)

The oil industry tends to be one of boom and bust and while the general trend of prices has been up, at the moment prices are relatively stable. Oil exploiters have to factor in the lead time of exploration and extraction as well as the potential profits as they decide to pursue oil in places like Southwest Florida.

The danger of oil exploitation in Florida, of course, is pollution either of the water table on land or along the beaches on shore. Pollution of the aquifer will make life unlivable on land, while pollution on shore will destroy tourism and the Southwest Florida economy.

Either way, the Southwest Florida environment is under increasing threat. There is no reason to expect any support or sensitivity from the Trump administration. 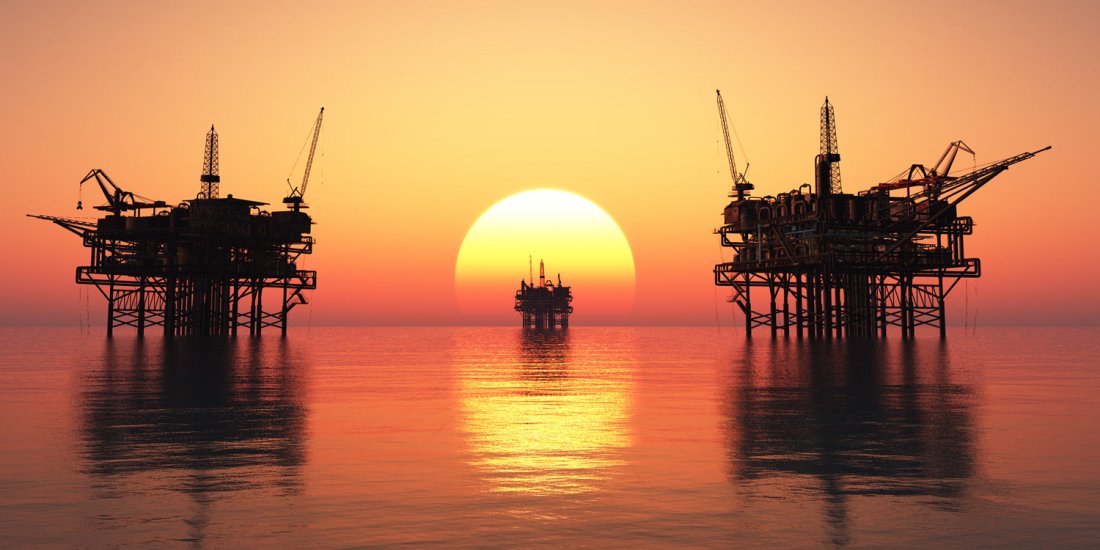